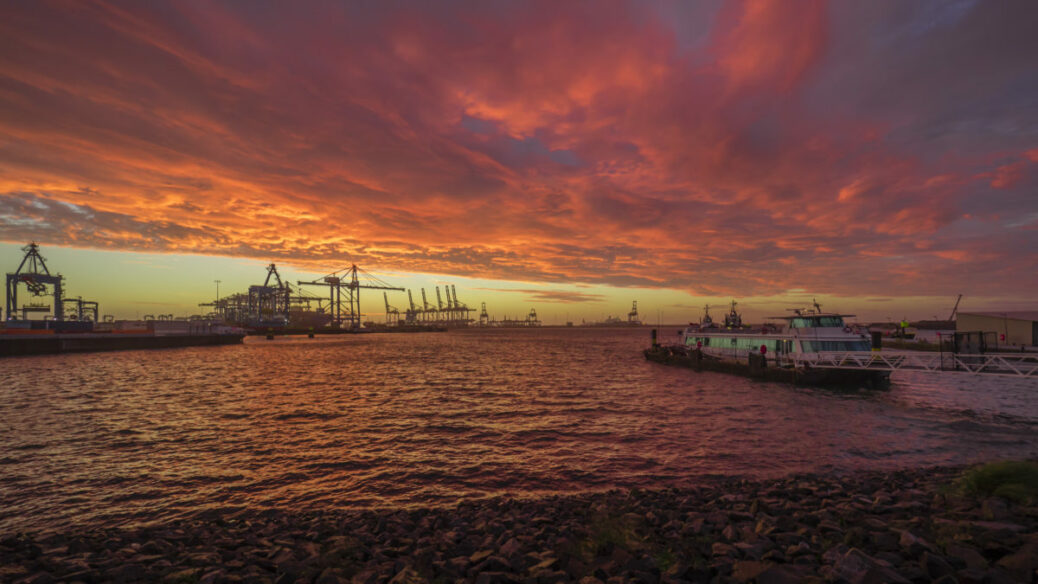 A small-area trial of artificial intelligence and blockchain-based energy trading software demonstrated big improvements across all renewable energy performance metrics. The port authority now wants the system across all its premises.

Using artificial intelligence (AI) and blockchain to determine power prices according to market dynamics can recoup up to 20% more on battery energy storage system investment costs, the developers of a pilot project at the Port of Rotterdam have claimed.

The Distro energy trading platform was developed by the Blocklab blockchain tech subsidiary of the Port of Rotterdam Authority and market intelligence company S&P Global Platts and was deployed successfully at the Innovation Dock entrepreneur space at Europe’s largest seaport.

The Port of Rotterdam Authority today described the system, which involved 32 companies during the summer, as a world first which combined blockchain, AI and high-frequency commodity trading on a single platform. The companies which took part had solar panels and battery storage systems installed on their buildings.

The AI system forecast energy production and consumption patterns and used them to devise kilowatt-hour scale trades. The software generates price impulses so batteries buy and sell power as needed for cheaper, more efficient use of self-generated electricity.

The pilot system made possible 92% self-consumption of renewable energy and also drove up the return-on-investment figure for batteries a whopping 20%, according to the Port of Rotterdam Authority. Locally produced renewable energy revenue rose 14% while simultaneously reducing average power prices for participants in the pilot program and more efficient energy use required less grid connection capacity for the Innovation Dock, which saw its electricity network connection costs fall by a quarter.

“At the distribution level, too, the electricity market has to become a mature market in which transparency will lead to better prices and the more effective use of infrastructure,” said James Rilett, innovation director at S&P Global Platts. “The design of the platform is based on Platts’ experience of more than 100 years of providing price transparency to global commodity markets.”

The AI and blockchain systems enabled a high standard of security of transactions and identity management and ensured market rule compliance while allowing for high-frequency trading.

“We have now had more than 20 million transactions validated by a blockchain,” said Blocklab director Janjoost Jullens. “So we know that the system can be stable and reliable, even with a high volume of transactions. Not only that, banking-as-a-service [Baas] from ABN AMRO Clearing Bank has demonstrated that the transactions on the platform can be processed in the banking environment.”

The project partners are now preparing for commercial roll-out of the micro-market management software. The port authority said full-scale deployment across the port would reduce carbon emissions to the tune of 30 million tons, bringing the port closer to its 2050 carbon-neutrality target.

We're not around right now. But you can send us an email and we'll get back to you, asap.